this is gonna be a tough one. let’s start right away… i am 35 years old and so far i always lived in places that are more or less close to forests. i spent probably hundreds of hours in forests already in my life. they’ve always been around and therefore they are a pretty normal thing to me. at least that’s what i thought before i spent a couple of days in the ardennes.

this trip enormously changed my perception of a collection of trees and bushes. it seems a bit like i experienced “forest” for the first time in its realness / trueness and got in touch with its soul, kind of inhaled parts of it. it’s goddamn hard to describe. no idea what made just this trip so special, so one of a kind. of course i’m perfectly clear about the fact that the ardennes don’t glow magically or some shit like that. it’s just trees and bushes like here around and everywhere else in europe. comparable look, comparable smell, comparable everything – but an entirely different FEELING (in a frenzyesque overwhelming way). now, skuyovdzhenyy, go on and describe that feeling without the flavour of esotheric sillyness.

hm, it’s a very poetic und surreal issue. let’s continue with describing effects and asking questions (and ideally get to cause and answeres in so doing). walking through the ardennes made me perceive everything a lot more conscious and feel a lot more mindful = connected. i was touched, pervaded and, in the end, filled up with the scenery. time at a standstill. but how was this 10 times more intense than every other nature experience so far? (maybe except iceland)

it actually reminds me again of this strange and almost creepy feeling of coming home at a place i’ve never been before. it even got religious and made me think of stuff like reincarnation and possible previous lifes. some serious thoughts, some trashy ones. it might be another manifestation of my everlasting latent wish for returning to the womb – here i definitely prefer the german word “mutterleib” which represents the poetic aspect of the entire thing a lot better.

i wonder if it’s just the next spoke on the ladder of my traditional glorification of the banal – i mean, i adore NASCAR which is, kept in perspective, not much more than cars racing in simple ovals for 3 hours. I adore minimalistic monobeatish music which is not much more than a synthetic heart beat with some audio ornaments. both could be seen as rather stupid. it might be the same thing with forests. again early symptoms of an urge to simplify an overstraining life?

i’m still attracted by forests more than ever but german forests appear like clean, structured and… german – which almost completely bans this “authentic” feeling i had in the ardennes.

after all, not knowing the answers to all this keeps the myth alive and triples the enjoyment… so let’s leave everything this way. as a feeling it’s none of reason’s business anyway. 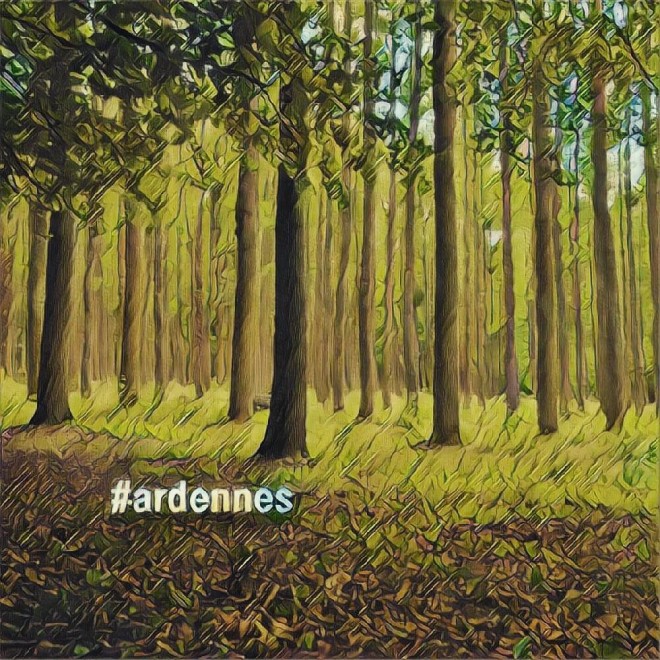 Some pearls out of the ocean of netlabel releases

Virtual space for the Metaverse Art